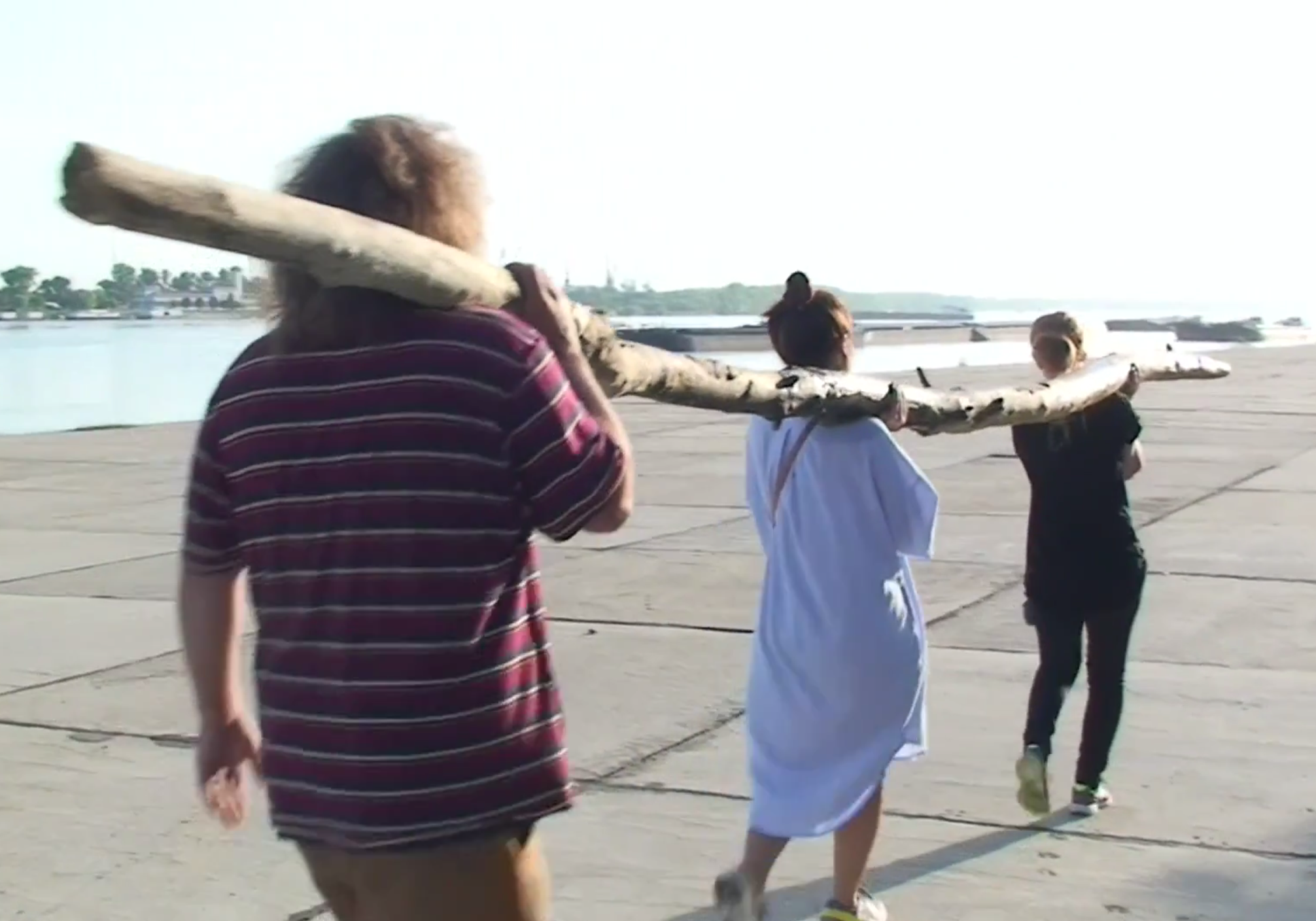 The act of lifting up a dead floating tree from Donau and carrying it 5 kilometers down the river to putting it back again.

They are floating by. Down the river. Some do not reach their goal. Get stuck on the way. At the bank. At a border. Under a bridge. Beside a boat. Some get released to proceed their journey. Where to?

We took care of one of those who got stocked and carried it five kilometres down the river. To the end of the concrete sidewalk. To the point where the forest begins. Then we let it go to continue its movement. Where to? Where does a tree want to go? We don’t know where it came from. We didn’t spoke its language.

In a one and a half hour walk we felt its body. Its weight. Its temperature. Its breath?

Where does a tree want to go?

We took care of it. Started to get to know it. Built a friendship. Where does a tree want to go? In a one and a half hour walk we related and got affected. Tried to understand its wishes.

Then we reached the forest. Stopped at the small place in between. Between the river and the end of the city. We had to make a decision. We had to let go. Where does a tree want to go?