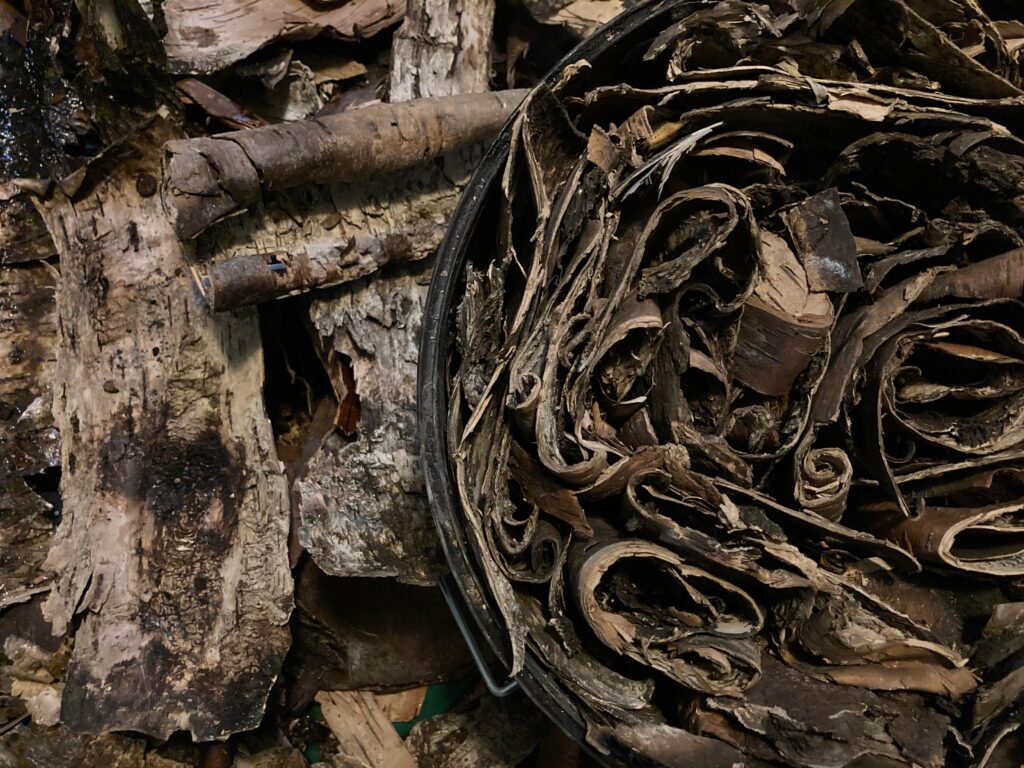 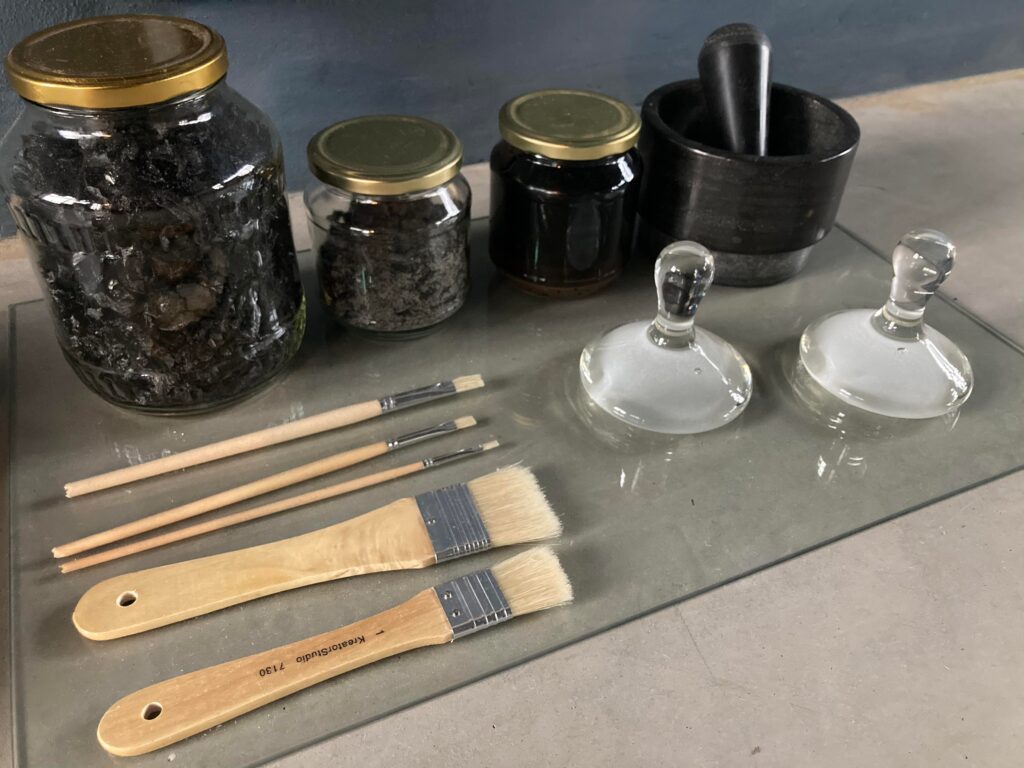 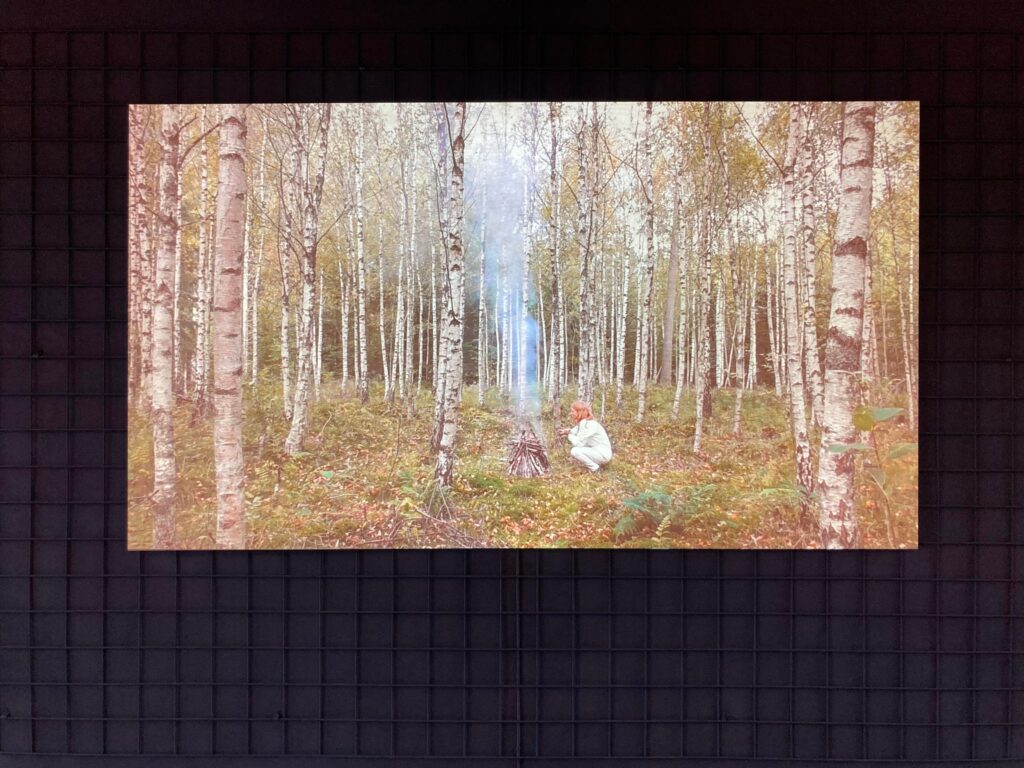 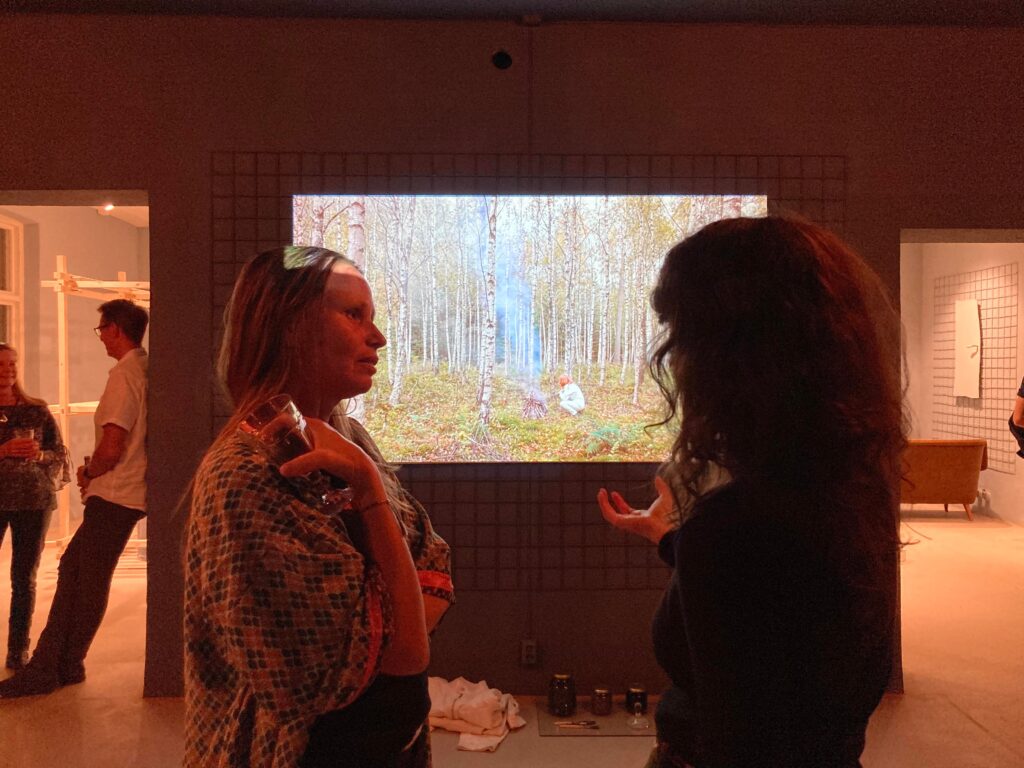 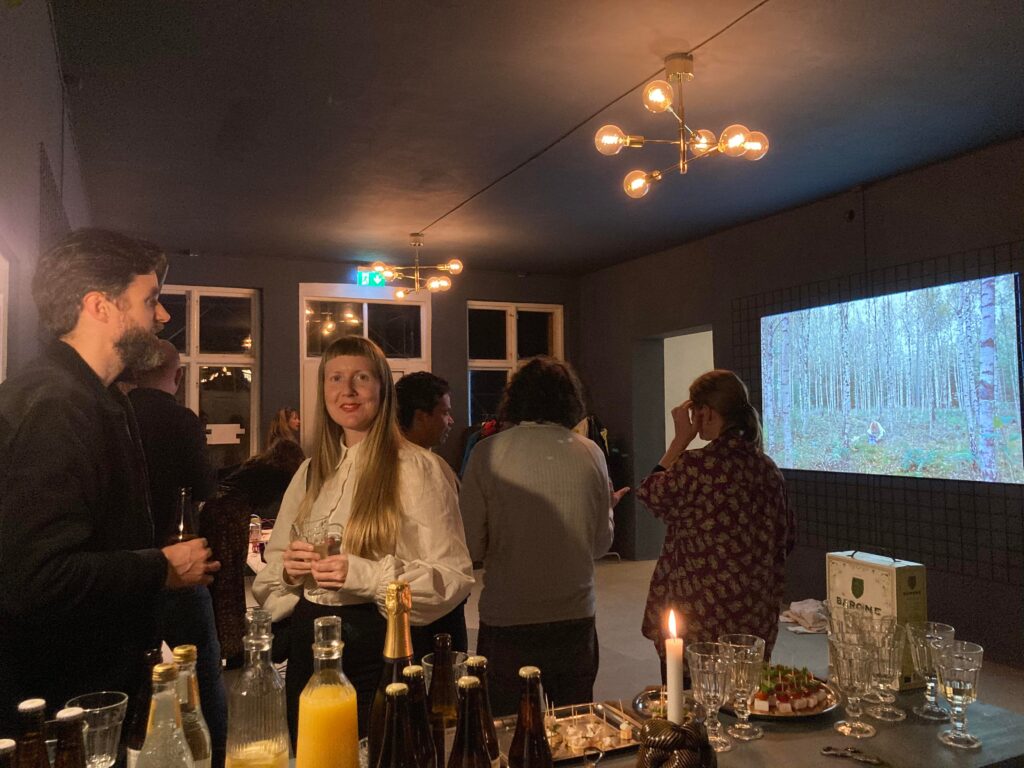 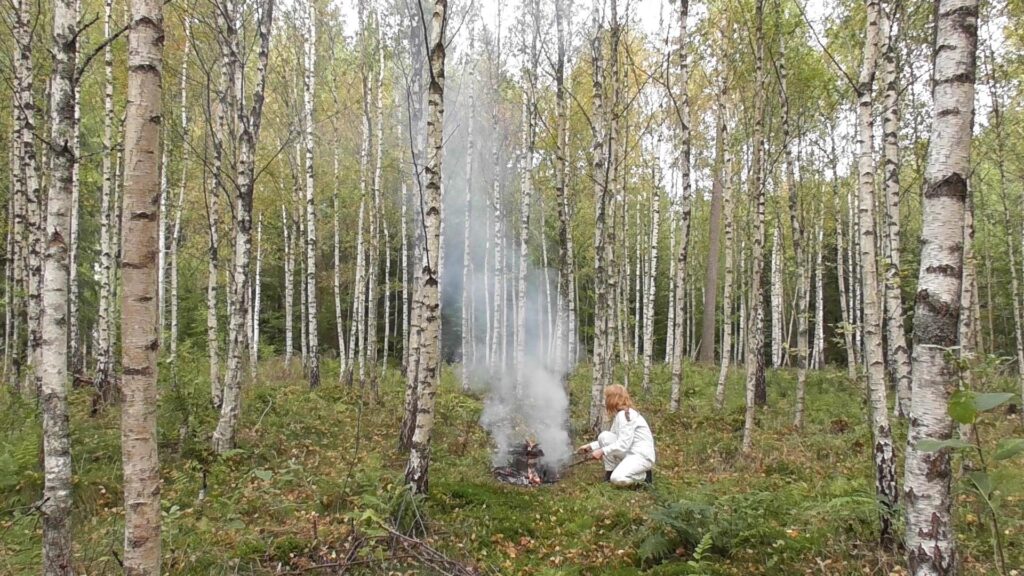 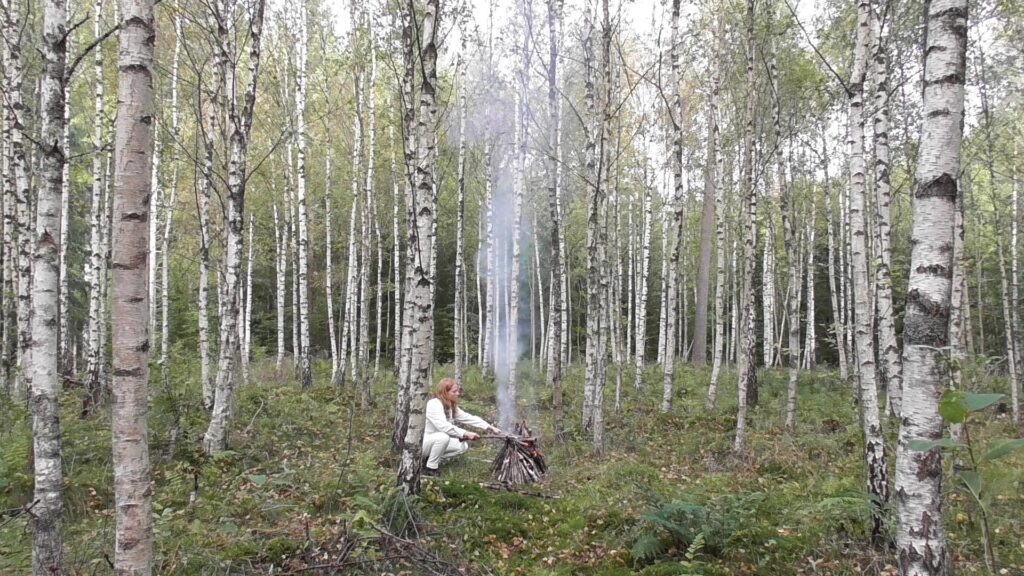 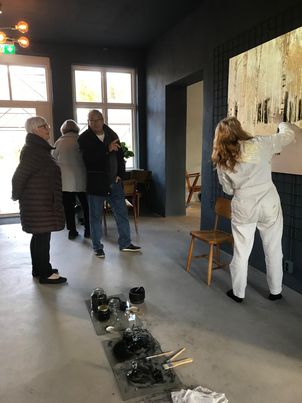 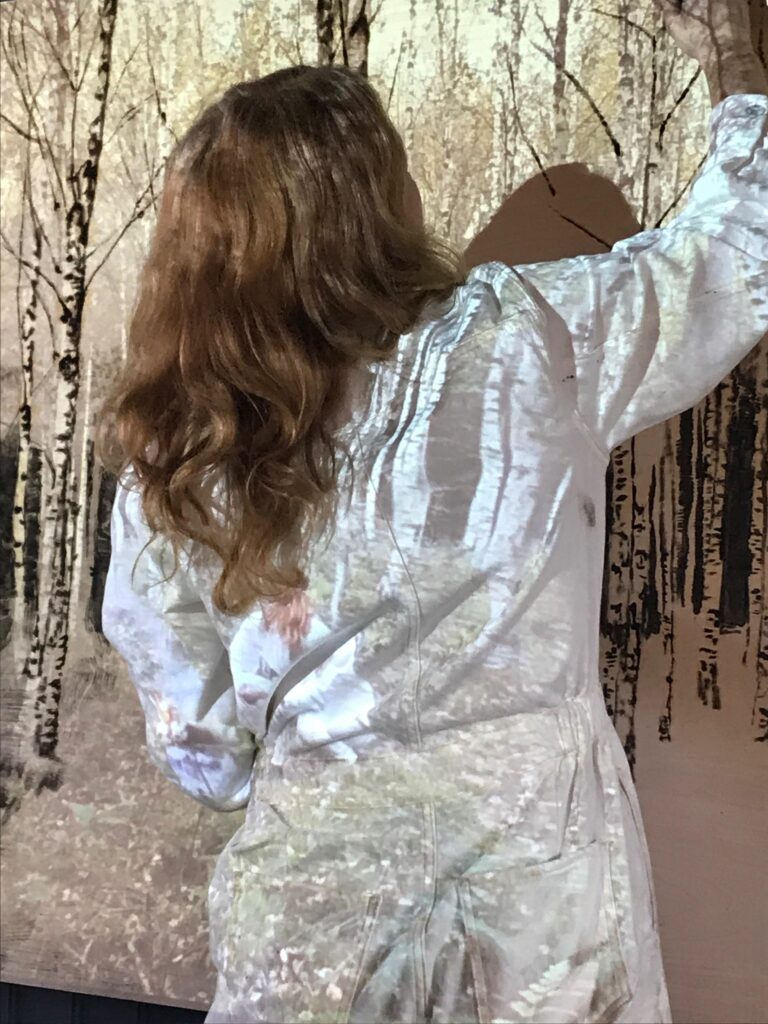 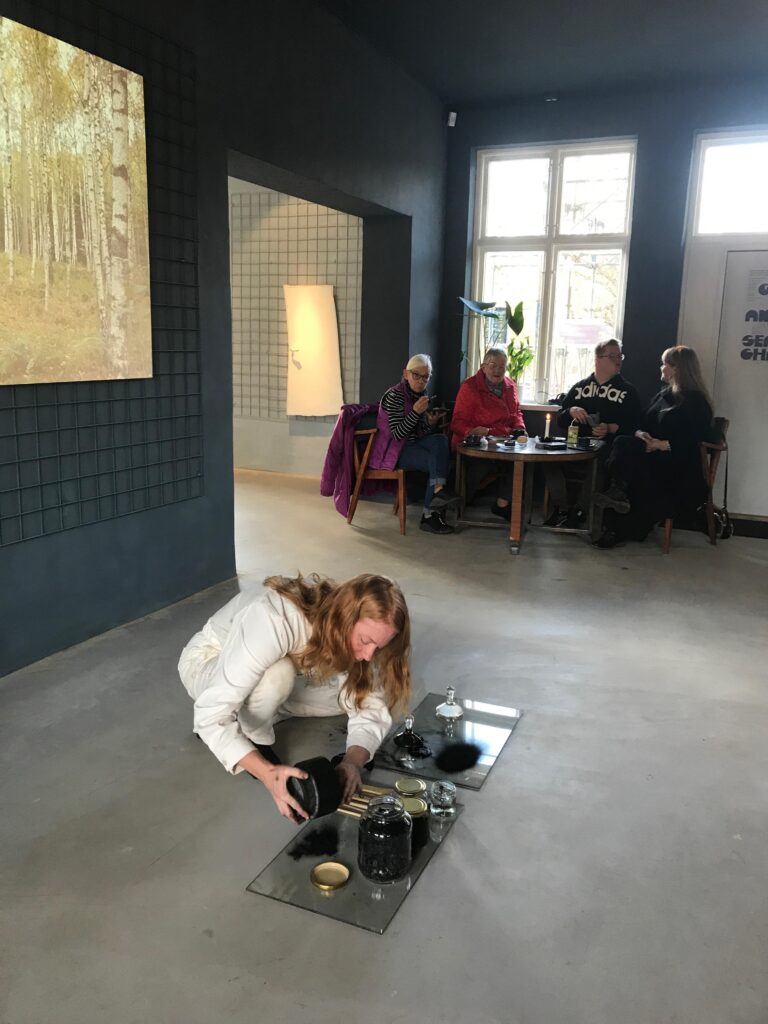 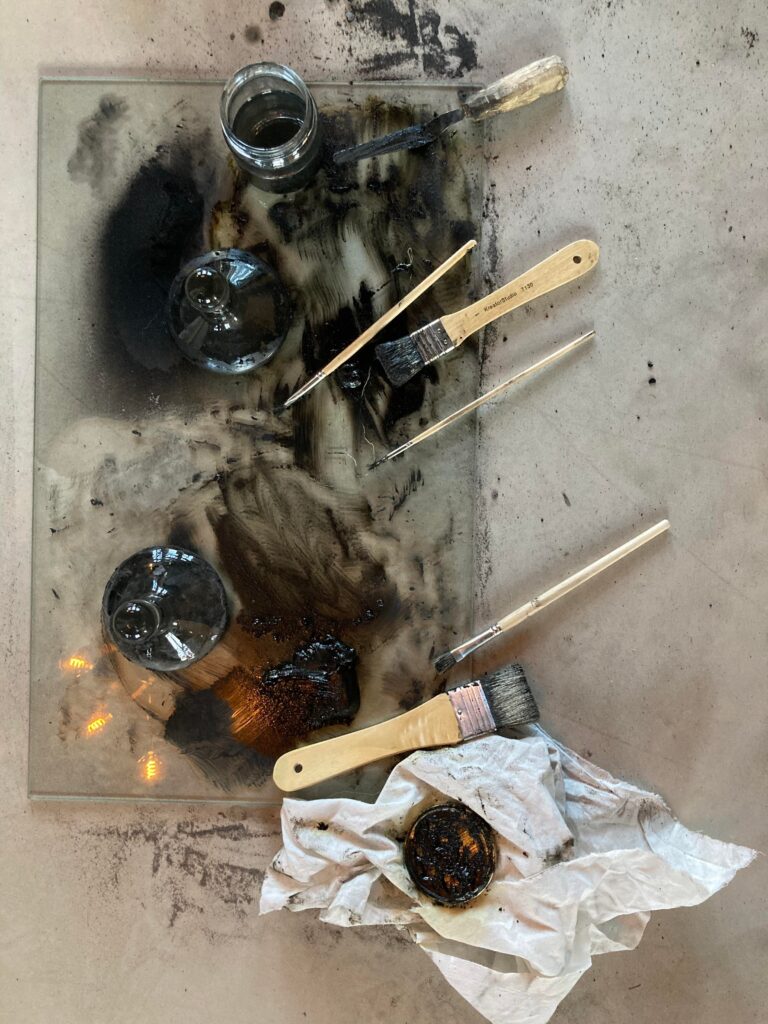 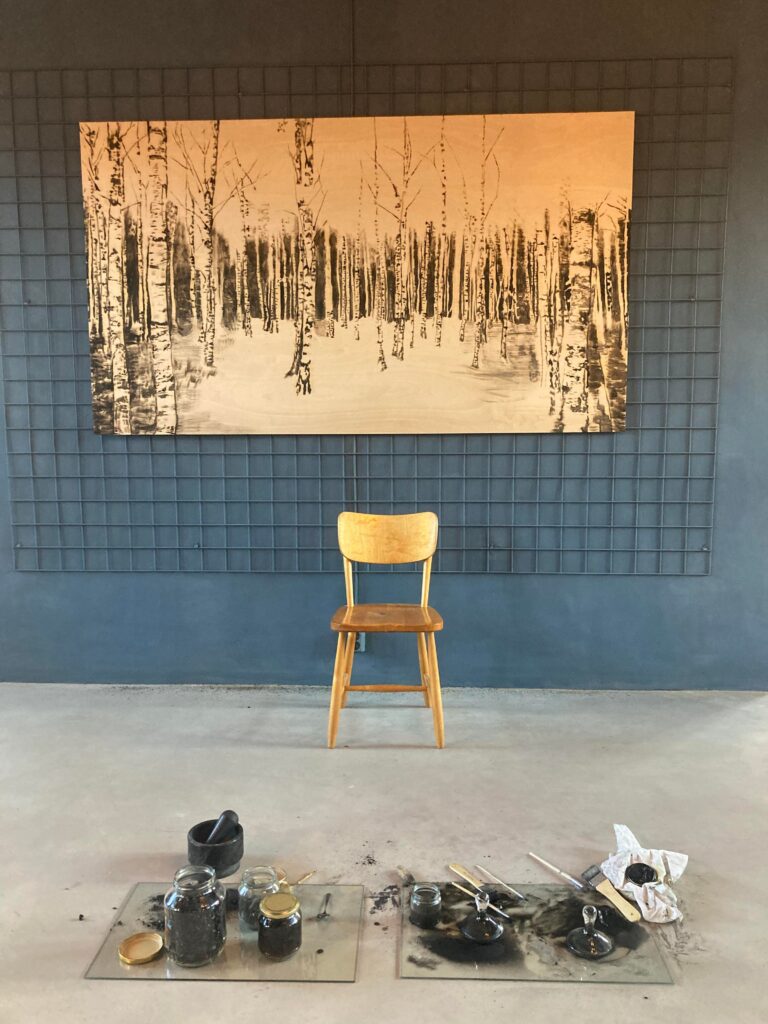 Between the sill and the beam in the floor of the old station building, that Camilla Johansson Bäcklund have restored with Christian Kleinhenz and where this work partly is performed,  there was a layer of birch-bark as protection against moisture. By the destructive distillation shown in the projected film, the bark becomes carbon and oil. In the perfomance Camilla make paint from the oil and carbon and paints the birch forest on the birch plywood.

Sleeping buds in older wood are a series of actions that examine entangled circular becoming. A kind of articulation of matter, energy and time. The work was run throughout the exhibition period and ended on the last day with this performance in the video installation. 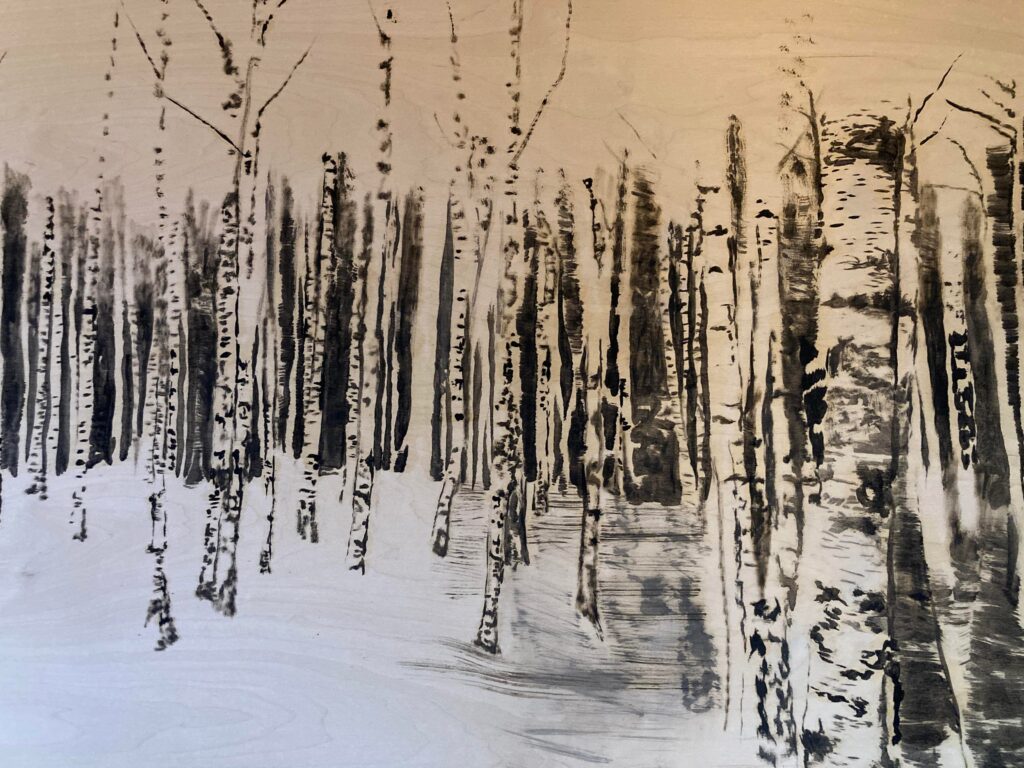